Founded in 1996, VNET Group is one of the world's most influential cyberspace infrastructure service providers, and a leading carrier-neutral data center service provider in China.

VNET Group has been deeply engaged in the data center services for more than 20 years, operating more than 50 data centers in more than 30 cities across China, with more than 82,600 cabinets, network port capacity of 4T  +, and 1T  + high-speed cloud connect, becoming a new engine for clients' digital transformation. Meanwhile, VNET Group is actively promoting a batch of hyper-scale, standardized and green high-capacity data centers in the market, in order to meet the rapid expansion demand of domestic and overseas corporate users.

Josh Chen graduated from the Department of Electrical Engineering, Tsinghua University in 1991. Since 1991, he has focused on the field of Internet infrastructure and new generation of information technology, and become a well-known leader in technology architecture design and product innovation in the industry. He was awarded the “Top 10 Leaders in the Integration of Industrialization and Informatization in China” by the Ministry of Industry and Information Technology. Now Josh Chen is the Founder & Executive Chairman of VNET Group, which is a leading carrier-neutral data center service provider in China and a Nasdaq-listed company (NASDAQ: VNET). He also serves as Managing Director of the Internet Society of China, Director of China Info100, Vice Chairman of China Energy Internet Alliance (CEIA), Vice Chairman of Institute of Internet Industry, Tsinghua University, and Vice Chairman of Energy Internet Research Institute, Tsinghua University. Josh Chen uses the pseudonym of Yuandao in the field of blockchain. At present, he serves as the Chairman of Alliance of Blockchain Industry, Z-park; a member of the Technical Committee of Shanghai Blockchain Engineering Technology Research Center, which was established by Fudan University; Vice Chairman of Academic Committee of Blockchain Joint Laboratory of Central University of Finance and Economics. Josh Chen (pseudonym: Yuan Dao) is a famous founder of Token thought and an opinion leader in China's blockchain industry.

Mr. Jeff Dong currently serves as the Rotating CEO of VNET Group，and has served as president of the Company and chief executive officer of VNET Capital since June 2022. Prior to joining the Company, Mr. Dong served as the head of the real assets investment department of Taiping Capital Asset Management, a subsidiary of China Taiping Insurance Group, from June 2020 to June 2022. Mr. Dong has extensive experience in real assets investment in infrastructure, TMT and new energy sectors. Mr. Dong's related experience spans more than 15 years, including over a decade serving in various roles at China Investment Corporation, a sovereign wealth fund of China. Mr. Dong received his Ph.D. from Manchester Business School.

At present, Alvin Wang is the member of VNET Group rotating CEO and Wholesale Business Group CEO. He served as CEO and President of VNET Group from February 2018 to December 2020. Prior to that, Alvin Wang served as Vice President of Tus-Digital Group, which is affiliated to TusHoldings. He also served as a director of Beijing CIC Technology Co., Ltd. and Guangdong TUS-TuWei Technology Co., Ltd. Alvin Wang has nearly 20 years of work experience in the telecommunications industry. He worked for a number of well-known multinational companies (such as Ericsson, where he worked for 11 years), and mainly engaged in corporate strategic planning and implementation, product management and equity investment. Alvin Wang earned a bachelor's degree in engineering from Tsinghua University, a master's degree in engineering from Wuhan Research Institute of Posts and Telecommunications (WRI), and an MBA degree from the Vlerick MBA program of Peking University. 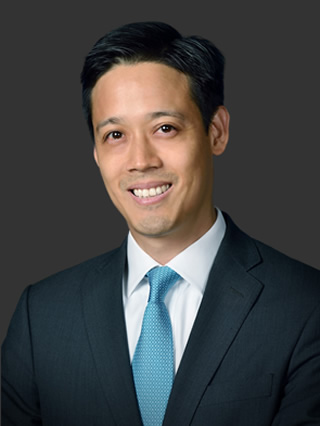 Tim Chen joined VNET Group in August 2020 and served as the Chief Strategy Officer (CSO) of the Group. Since April 2021, he has served as the Chief Financial Officer (CFO) of VNET Group. So far, he has accumulated more than 20 years of experience in corporate finance, M&A and investment strategy. Previously he worked for famous investment banks and private equity companies (such as Morgan Stanley and JPMorgan Chase) for 14 years. Later, he served as Chief Financial Officer at a private logistics company for more than 10 years. He has accumulated profound expertise in business negotiation, complex transaction execution and large cross-functional team management. Tim Chen earned double bachelor's degree in industrial engineering and operations research from Columbia University in the City of New York.

With 25+ years of experience in the field of information technology, now Liu Qihang is the CEO of VNET Blue Cloud. Liu Qihang has a profound technical background. In his early years, he was engaged in research on computational models for high-energy physics and data center management when working for the Chinese Academy of Sciences, participated in the construction of high-energy heavy ion physics database when working for Brookhaven National Laboratory of the United States, and engaged in the scientific research software and commercial software development in Japan, the United States and other countries for many years. After returning to China, he joined Sony China to take charge of Sony's new business strategy and planning in China, and joined Microsoft China in 2005. During his nine years at Microsoft, he was in charge of Microsoft's global key account management and sales. Before joining VNET Group, he worked as a senior manager and innovator in various fields, including Lenovo IT services, GM of HP Enterprise Software in China, as well as investment and M&A of start-ups. He has gained rich management experience in multi-cultural and multi-background environment.

In 2019
Became the preferred strategic partner of APNIC, and jointly promoted the development of digital economy
The Microsoft Dynamics 365 operated by VNET Group was officially applied in commercial areas in China
VNET Group was designated as a cloud base provider by Alibaba Group
VNET Shanghai-Ring Cloud Data Center was established in Taicang City
VNET Group and Alibaba signed a memorandum of cooperation, with the intention to carry out the phase 2 construction of cloud computing data center in East China

In 2014
Acquired the VPN business of DYXnet
VNET’s virtual cloud host, cloud storage and cloud database were certified as the first batch of trusted cloud services in China
Obtained 4G license in Hong Kong
Got investments from Xiaomi, Kingsoft and Temasek

In 2013
VNET Blue Cloud was established